Christian completed his PhD on force touch on handheld touchscreens at the Media Computing Group under the supervision of Prof. Dr. Jan Borchers in 2020. To find out what he did next, check out our alumni page.

Handheld devices, such as smartphones, have become essential tools in our everyday life. We use them, e.g., to contact people, browse the web, or take pictures. For whatever use, to interact with the handheld device, we hold it with one or two hands and touch with our fingers on the built-in touchscreen. However, this interaction is often constrained to simple contact between the finger and the flat display glass, although touch offers further, richer properties. One such rich property is the intensity of a touch, i.e., its force, that the user applies with every tap to the touchscreen. Incorporating this property into the user’s interaction with the handheld device enables her to become more expressive with every single touch. In this thesis, we present a series of interaction techniques that take advantage of force touch input to make handheld interaction more efficient:

When holding the device with two hands in landscape orientation, most of the fingers are unavailable for interaction, since they rest at the back of the device (BoD), holding it in place. Using BoD force input, we can make efficient use of these fingers without sacrificing stability of the device grip. Our technique, BackXPress, enables quick access to shortcuts and menus to augment users’ touch interaction with the frontal screen.

For single-handed device use, users can only use their thumb to interact with the frontal touchscreen but cannot reach everywhere without re-grasping the device. Our virtual thumb extension, ForceRay, lets the user cast a ray at unreachable targets and control a cursor on that ray that moves closer to these targets the more force is applied. The technique is ergonomic for the thumb and enables users to maintain a steady device grip. Targets located at the screen edges, like menus and navigation buttons, are acquired quickly.

Selection of values from long ordered lists, such as picking a date or time, can also be sped up when using force input. With our Force Picker, users scroll through the value range at various speeds, with the speed being coupled to the force exerted by the thumb. Prior rolling of the thumb to the left or right sets the scrolling direction. Compared to touch-based pickers, our Force Picker not only makes selection faster, but also only consumes little screen space since the gesture footprint for force input is much smaller.

While controlling force via fingers requires practice, we show that with training and algorithmic optimizations, users become quickly familiar with force input and gain the benefits of the added expressiveness for handheld interaction.

I successfully defended my PhD thesis on March 10, 2020. The full text of the thesis will be available on our publications page by June 2020. 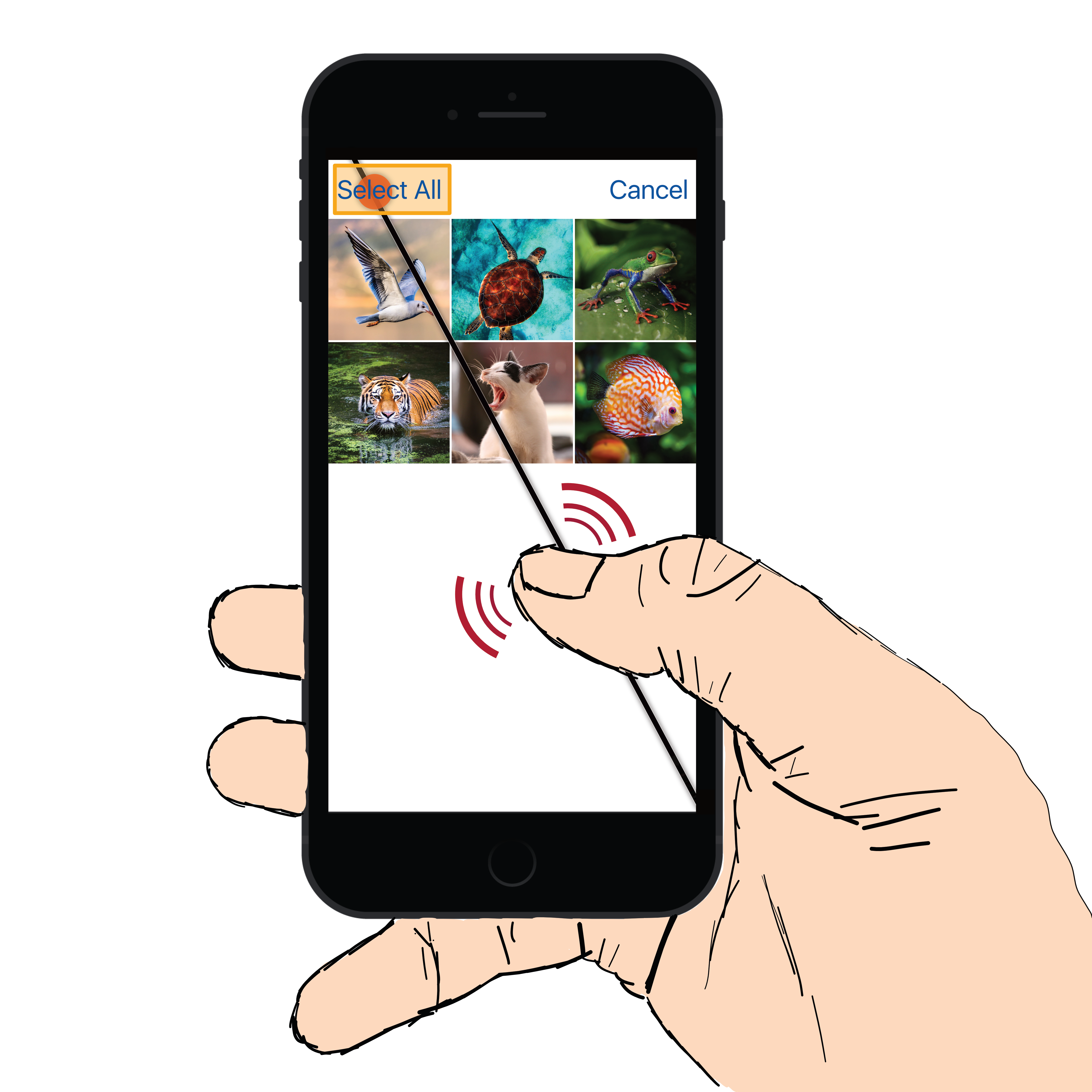 Modern smartphones, like iPhone 7, feature touchscreens with co-located force sensing. This makes touch input more expressive, e.g., by enabling single-finger continuous zooming when coupling zoom levels to force intensity. Often, however, the user wants to select and confirm a particular force value, say, to lock a certain zoom level. The most common confirmation techniques are Dwell Time (DT) and Quick Release (QR). While DT has shown to be reliable, it slows the interaction, as the user must typically wait for 1 s before her selection is confirmed. Conversely, QR is fast but reported to be less reliable, although no reference reports how to actually detect and implement it. In this paper, we set out to challenge the low reliability of QR. (read more)

Investigates the influence of device thickness and tilt angle for back-to-front pinching on mobile touch devices. Pinch error significantly increases with thickness while the angle has no influence. 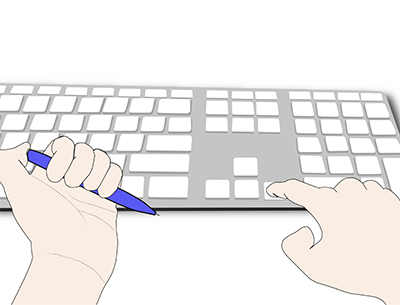 Fillables are low-cost and ubiquitous everyday vessels that are appropriated as tangible controllers whose haptics are tuned ad-hoc by filling, e.g., with water. (read more)

Fillables is part of our DFG-funded AURA project.