I am mostly experienced in the area of mobile, wearable, and ubiquitous interactive systems.

In my thesis I followed up on Christian Corsten’s novel work in utilizing the back of the device (BoD) for interaction in (“BackXPress”,CHI '17) along with his novel confirmation mechanism using the iPhone 3D touch in conjunction with Quick Release in (“Release, Don't Wait!”, ISS '17).

Most of the related work which extended the interaction of the smartwatch has been only concerned by the fat finger and the visual occlusion problems. On the other hand, only a few papers have considered the usage context of the smartwatch for eyes-free and in motion interaction.  Therefore, we implemented and evaluated an elastic force sensitive wristband which allows menu selection tasks eyes free and while in motion. During the iterative design process, we explored different deformational interactions on the band of the watch. In addition,  we conducted a preliminary user study to find the most preferred technique and followed that by implanting the chosen prototype. We evaluated our high fidelity prototype against an auditory menu while both in stationary mode and in motion. Results may provide evidence that users could select audio targets with average success rates of 96% using three menu items and 94% using five menu items while being in different motion levels. In addition, findings allow us to suggest guidelines that maximize user performance in terms of Time and Accuracy.  I plan to publish my thesis in CHI next year but I would need to keep my related work updated in this manner. 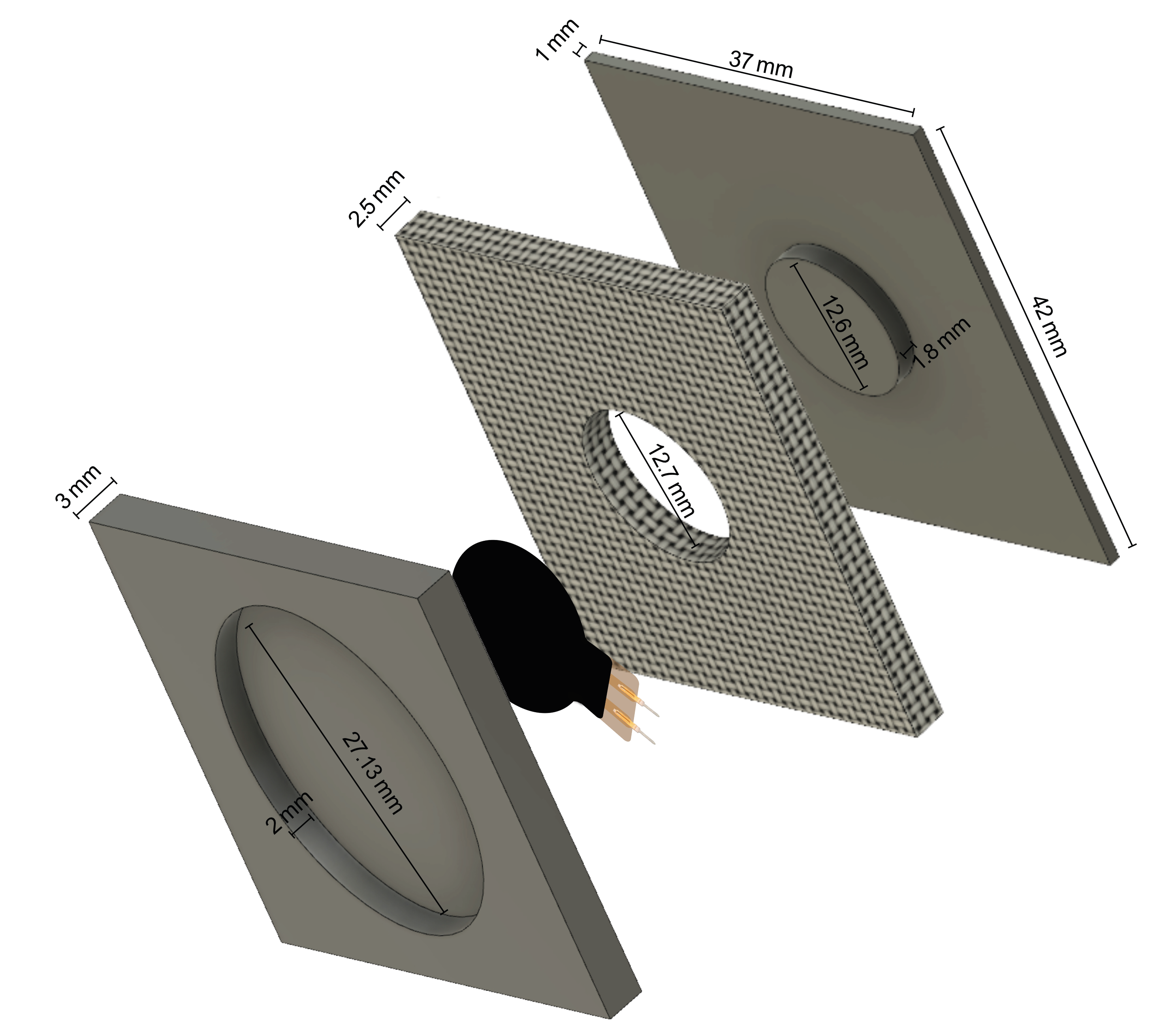 The three-layered force sensor casing: the sandwiched foam layer in between assures omitting unwanted noise, having consistent readings, and the capturing of Quick Release events.

The concept in action: once pulling has started, the watch face gets pushed towards the user skin causing the foam layer to shrink and the sensor to start reading values.

The printed version of the sensor casing.