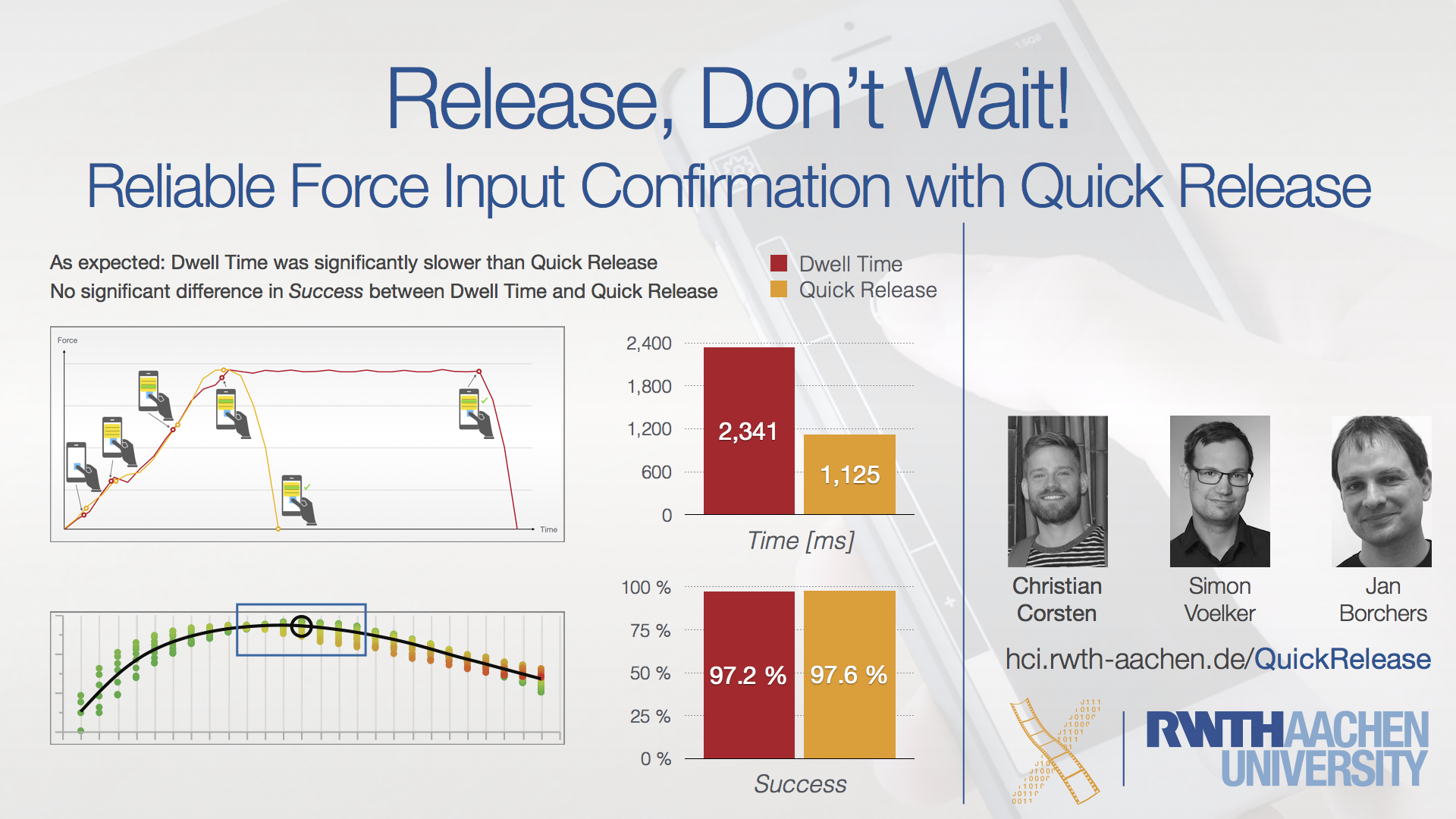 This projects shows how to implement Quick Release, a selection mechanism for force input, for modern smartphones with force-sensitive touchscreens.

Modern smartphones, like iPhone 7, feature touchscreens with co-located force sensing. This makes touch input more expressive, e.g., by enabling single-finger continuous zooming when coupling zoom levels to force intensity. Often, however, the user wants to select and confirm a particular force value, say, to lock a certain zoom level. The most common confirmation techniques are Dwell Time (DT) and Quick Release (QR). While DT has shown to be reliable, it slows the interaction, as the user must typically wait for 1 s before her selection is confirmed. Conversely, QR is fast but reported to be less reliable, although no reference reports how to actually detect and implement it. In this paper, we set out to challenge the low reliability of QR: We collected user data to (1) report how it can be implemented and (2) show that it is as reliable as DT (97.6% vs. 97.2% success). Since QR was also the faster technique and more preferred by users, we recommend it over DT for force confirmation on modern smartphones. 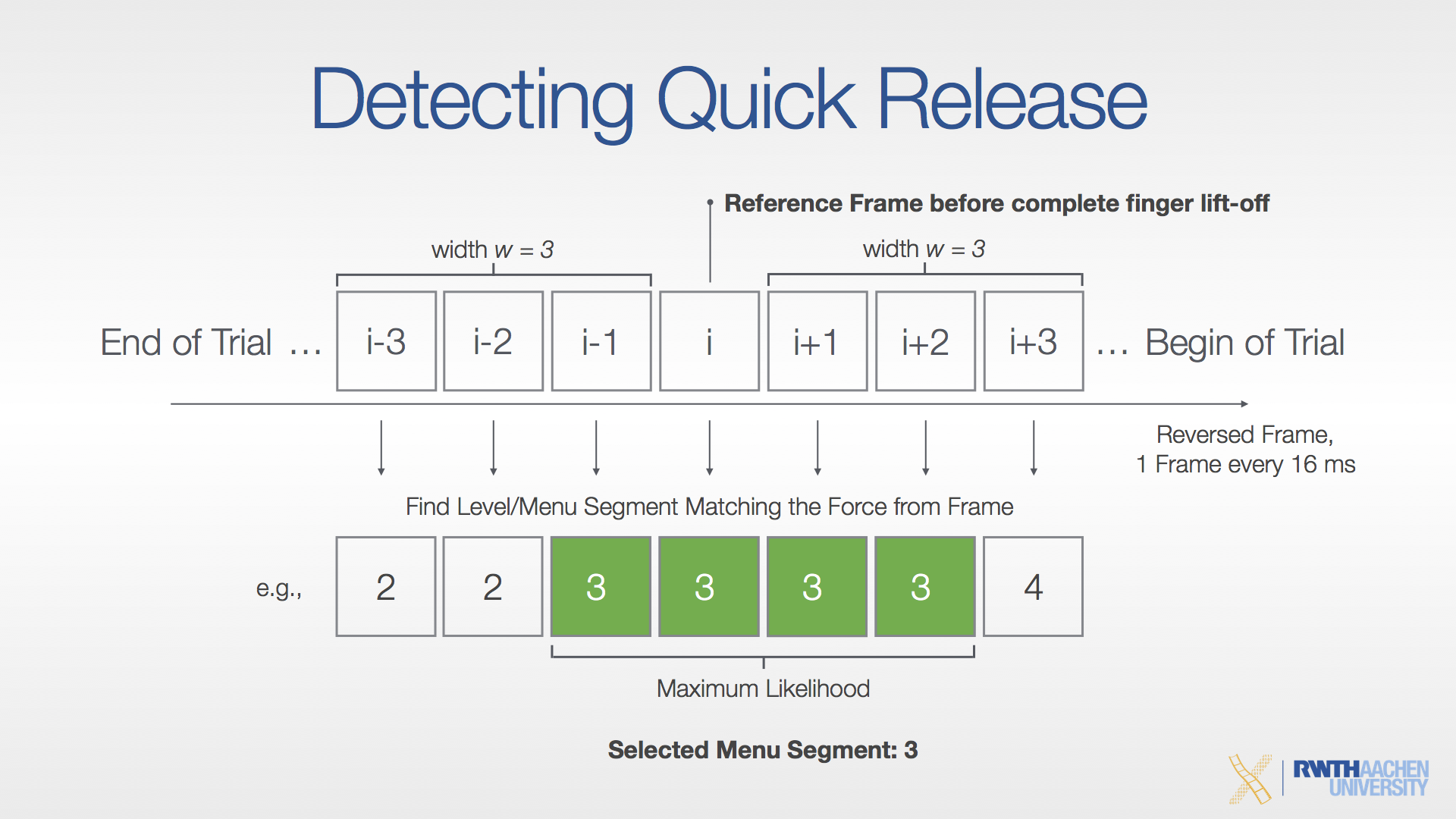