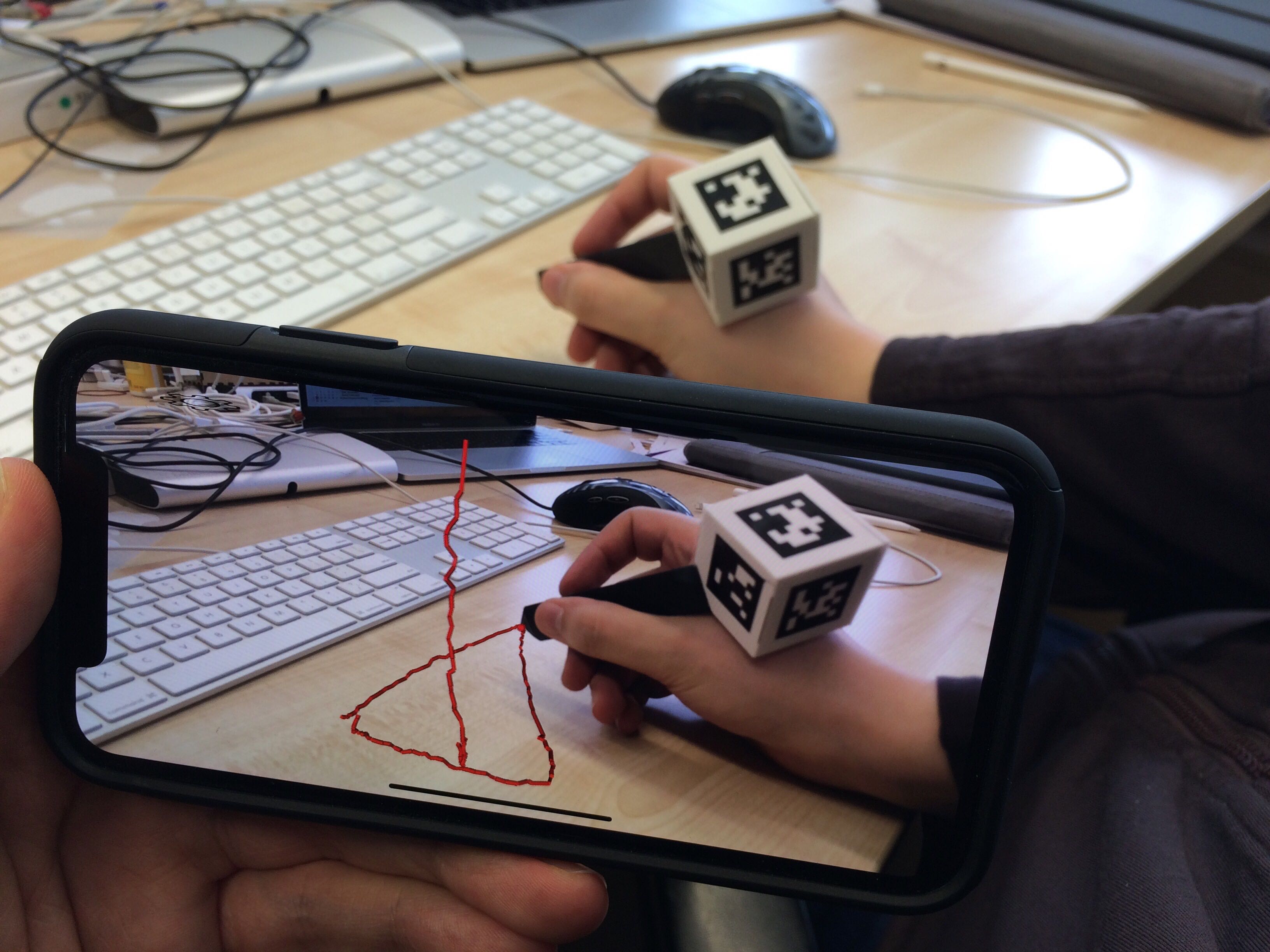 Ever wanted to 3d print a dock for your phone? Or maybe a coffee cup holder that can be attached next to your car dashboard? If so, you probably need to measure the dimensions of your phone and dashboard, construct 3d models using software, and then convert them to correct format before 3d printing them. Even then, it might happen that your 3d objects do not look as well as you had expected.

In this project, we investigate techniques that allow you to construct 3d models by using a pen to sketch around existing objects. Yes—3d modeling is now as simple as doodling! Your 3d model snaps to the dimensions of existing objects and you can even view your design in-place using a smartphone to make sure you are happy with your model. Then, you can export the model to 3d print it at your local FabLab!

ARPen is part of the Personal Photonics project, which is funded by the German Federal Ministry of Education and Research (BMBF) as part of their Open Photonics call (project ID 13N14065).