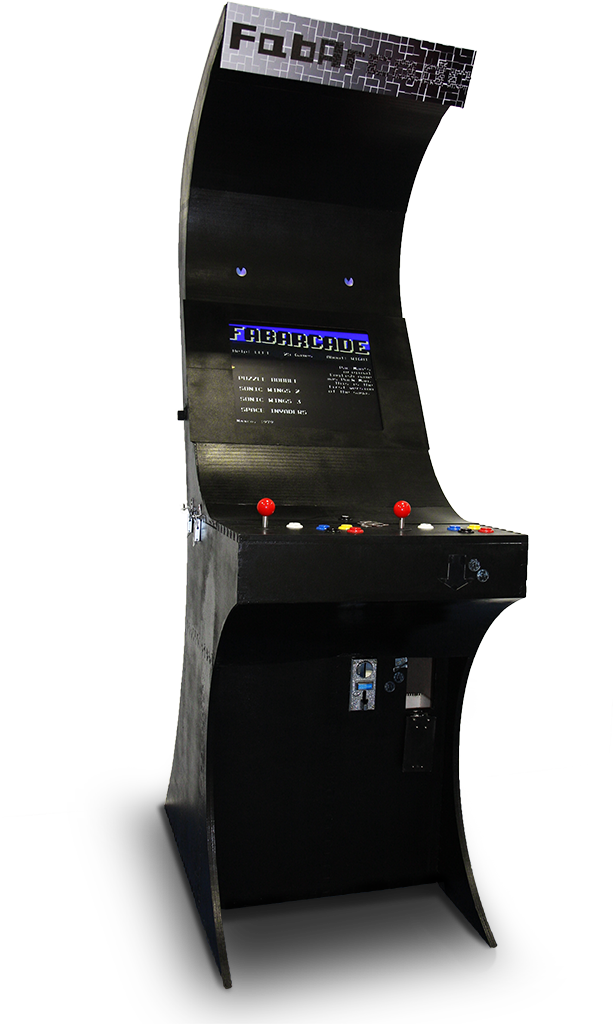 Do you want to really experience playing vintage 80's video games? Got a Fab Lab in your neighborhood? Ready to build something real? Then make a FabArcade!

FabArcade is the first fully open-source video arcade cabinet that can be built completely using digital tools available at any Fab Lab.

It's a fully functioning video arcade that lets you relive those cool retro games from the 80's. Finally play Galaga the way it was meant to be played, with a professional joystick and arcade buttons—even including a real coin slot for US quarters (or whichever currency you prefer)! :) Plus, the FabArcade also runs new retro games we developed for you!

For more details, see our FabArcade Guide at the bottom of this page. 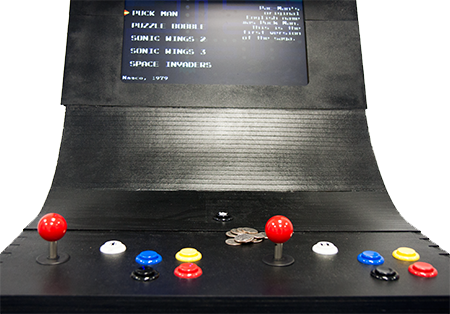 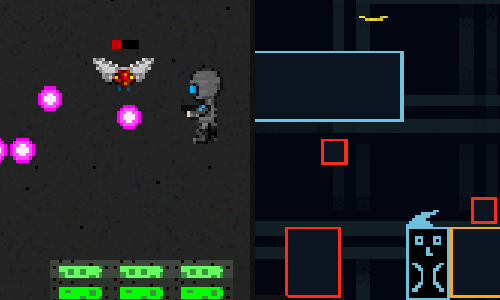 The original FabArcade and games were created by BSc and MSc students from computer science, technical communication, architecture, and education, as part of a practical lab called Multimodal Media Madness at RWTH Aachen University over the course of 8 weeks during the summer of 2013.

The FabArcade was revisited in a practical course for Master students in Computer Science at RWTH Aachen University, the Media Computing Project (MCP) in the Winter Semester of 2022/23. The Arduino controller was replaced with a more modern Leonardo model, and by posing as a fast USB HID device instead of injecting keystrokes, input latency was reduced to a phenomenal 1 ms, making for much better gameplay. A new menu system was implemented, and four new games were created, this time written in Python using the PyGame library.

The FabArcade design by RWTH Aachen University is distributed under the Creative Commons Attribution—Noncommercial—ShareAlike 3.0 Unported License. 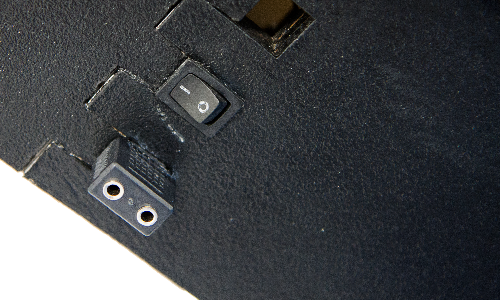 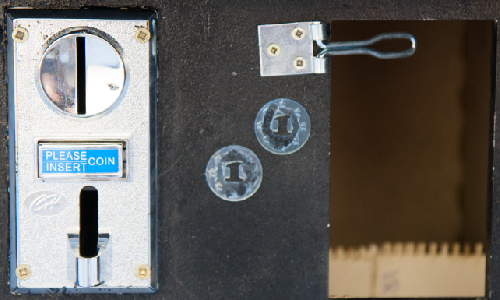 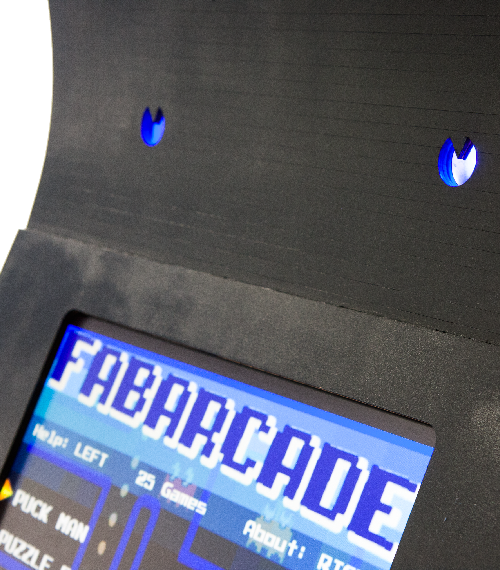