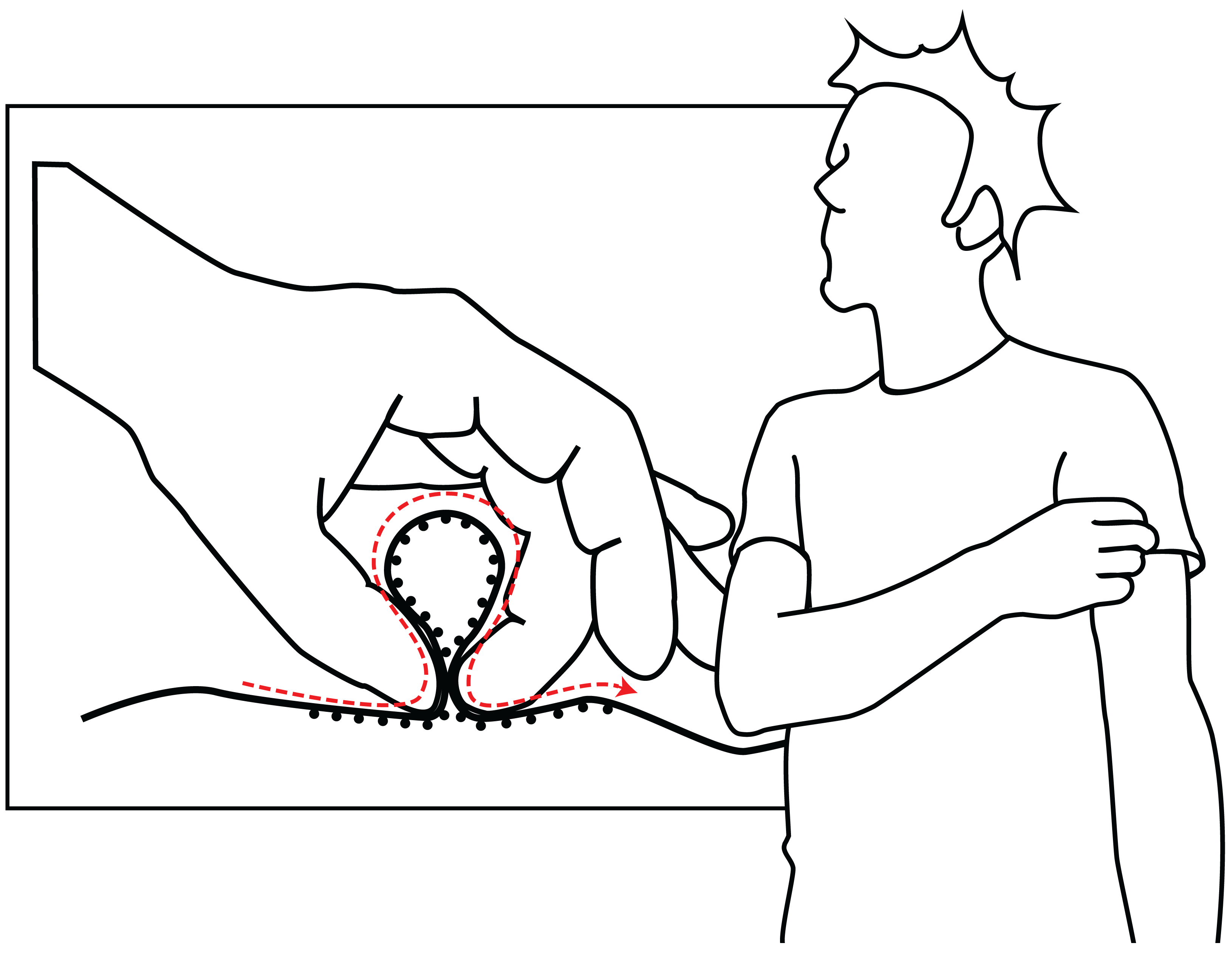 The key idea of Pinstripe is to build an user interface upon two affordances of textiles: grasping and deforming. Most clothes exhibit loose folds in different areas when worn, and Pinstripe makes use of this fact: It lets wearers provide input by pinching a part of their clothing between their thumb and another finger, creating a fold in the garment, and then rolling this fold between their fingers.
It is a textile user interface element for eyes-free, continuous value input on smart garments that uses pinching and rolling a piece of cloth between your fingers. Input granularity can be controlled by the amount of cloth pinched. Pinstripe input elements are invisible, and can be included across large areas of a garment. Pinstripe thus addresses several problems previously identified in the placement and operation of textile UI elements on smart clothing.

Pinstripe is a research project by Thorsten Karrer, Moritz Wittenhagen, Florian Heller and Jan Borchers from the Media Computing Group.