This is the first English report. We try to be international now, since dorkbot is a global community and we want to share our experiences with more people. The talk of this evening was in English, but since all visitors were German, we switched to German for the rest of the event. If you don't speak German, just tell us at the beginning of the next meeting, and we will try to keep the conversations in English.

Niklas Hauser is a student of the Media Computing Group and a member of the Roboterclub Aachen. He presented the XPCC (Cross Platform Component Communication) system . It consists of two parts:
For more information about XPCC and the Roboterclub Aachen, visit their website: http://www.roboterclub.rwth-aachen.de/ or find the code on github.
You can even download the slides of his presentation. 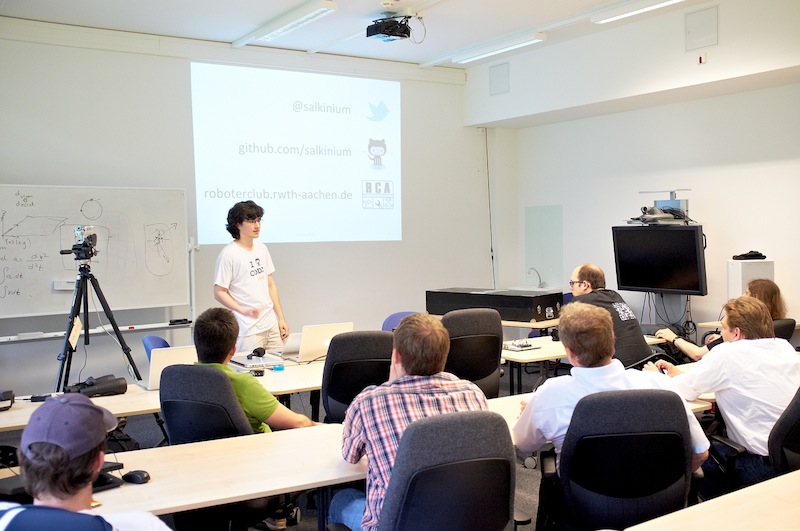 Mario talked about his DIY 3d-printer that he creates out of electronic trash. One of the highlights of this evening was his iModela CNC milling machine. It is a portable device for milling small things. He received it as a price for a competition called "mach flott den Schrott" from the heise publishing company. It is a newt little machine, but very hard to buy! 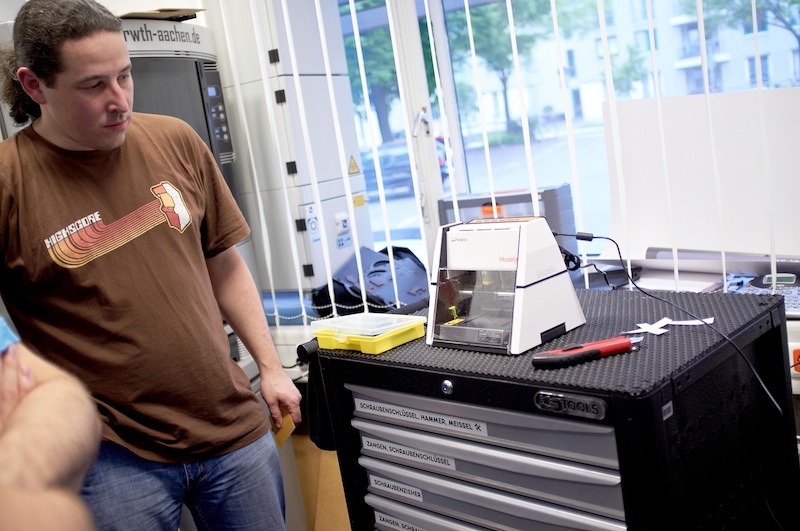 Timo showed the evolution of quadcopter electronics. The quadcopter was not supposed to fly this time, because the spare motors did not arrive yet. 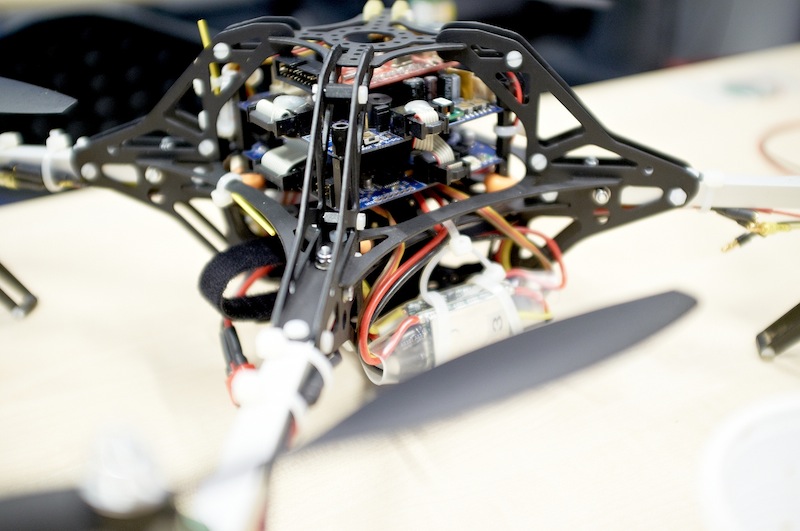 Christian worked on his DIY motorbike computer. Is is based on the Arduino and the electronics were milled in fab lab Aachen. 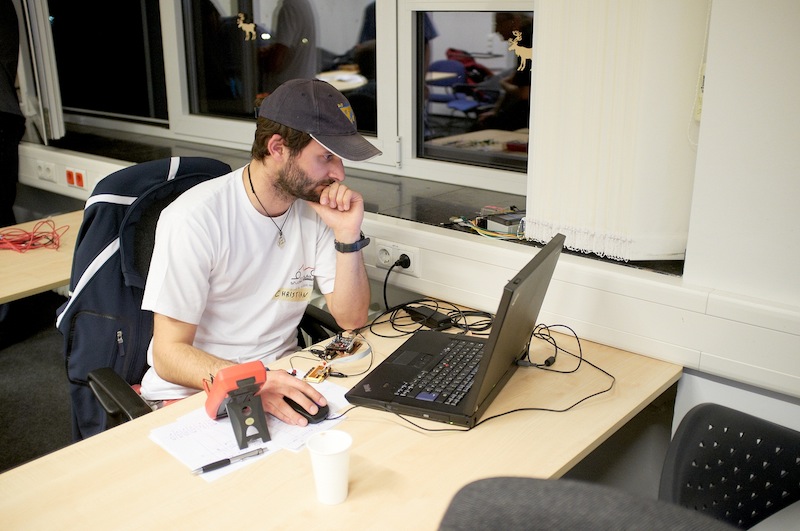 Peter was the only participant of the FabScan-Workshop. He took the lasercut MDF parts home - to southern Germany. We hope to see many improvements on this open source 3d scanner. 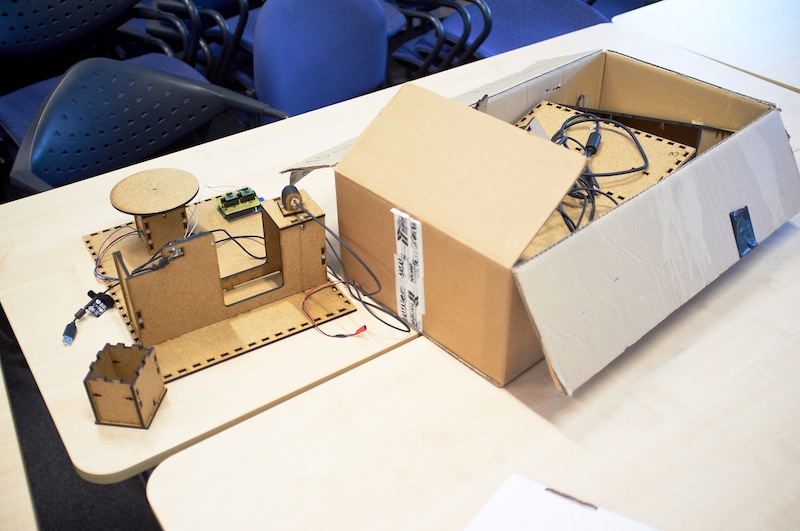 Joachim, Tim, and Nikolas from the VDI visited our dorkbot group, because they wanted to get in touch with the maker community in Germany. We will help them developing an educational Arduino toolkit for schools and fab labs. They brought some giveaways that looked like flashlights, but they did not seem to light up (because they are pens).

René presented his Sphero robotic ball. Visitors tried to drive the ball to a ramp and make the sphero jump into a cup. Not easy! René also presented an AF confirm chip for his canon lens that helps focusing manual lenses. Unfortunately, this chip was not programmable. He also brought the TI chronos watch and connected it to his macbook pro. A processing applet receives the acceleration data from the watch (via RF usb dongle) and controls the sphero via bluetooth. One last thing: a pair of binoculars were supposed to be upgraded with solar filter sheets as a preparation for the venus transit (6.6.2012 !), but there was no time for using the lasercutter. 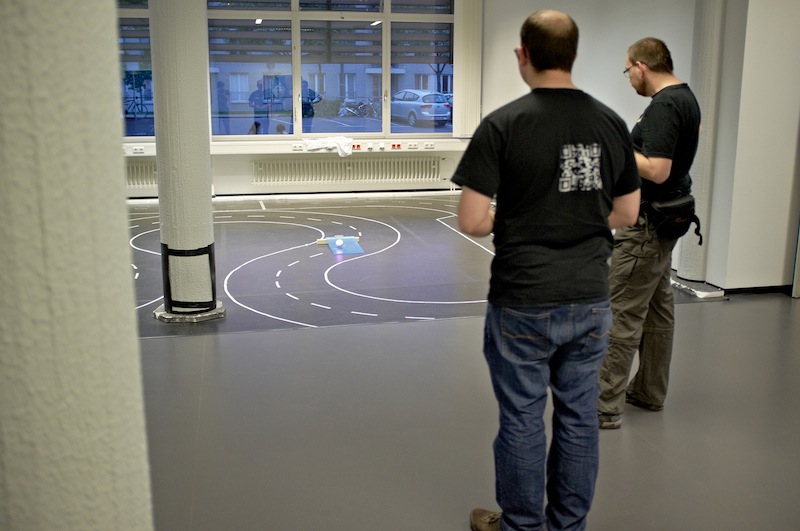 Jos showed the latest evolution of his Cartesio 3D-printer. This machine is getting better and better! 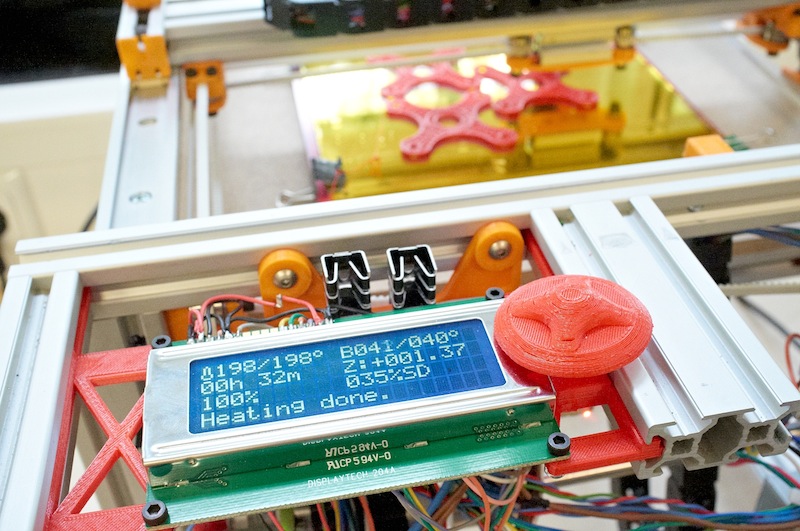 Josh created some spray stencils with the lasercutter.

Roksy ordered Pizza and it was a fun evening!

All pictures: by Raphael (taken with his X100)

Video is not available yet.