In the Saltate! research project, we evaluate the influence of different kinds of augmented feedback on performance and learning of beginning dancers. The project name was taken from Dieter's diploma thesis which was the first part of this project.

We use a motion capturing system to track a participant's feet positions.

With this system, we support beginning dancers in learning a simple choreography.
Feedback is planned both acoustically and vibrational. (This part is inspired by Daniel's work) 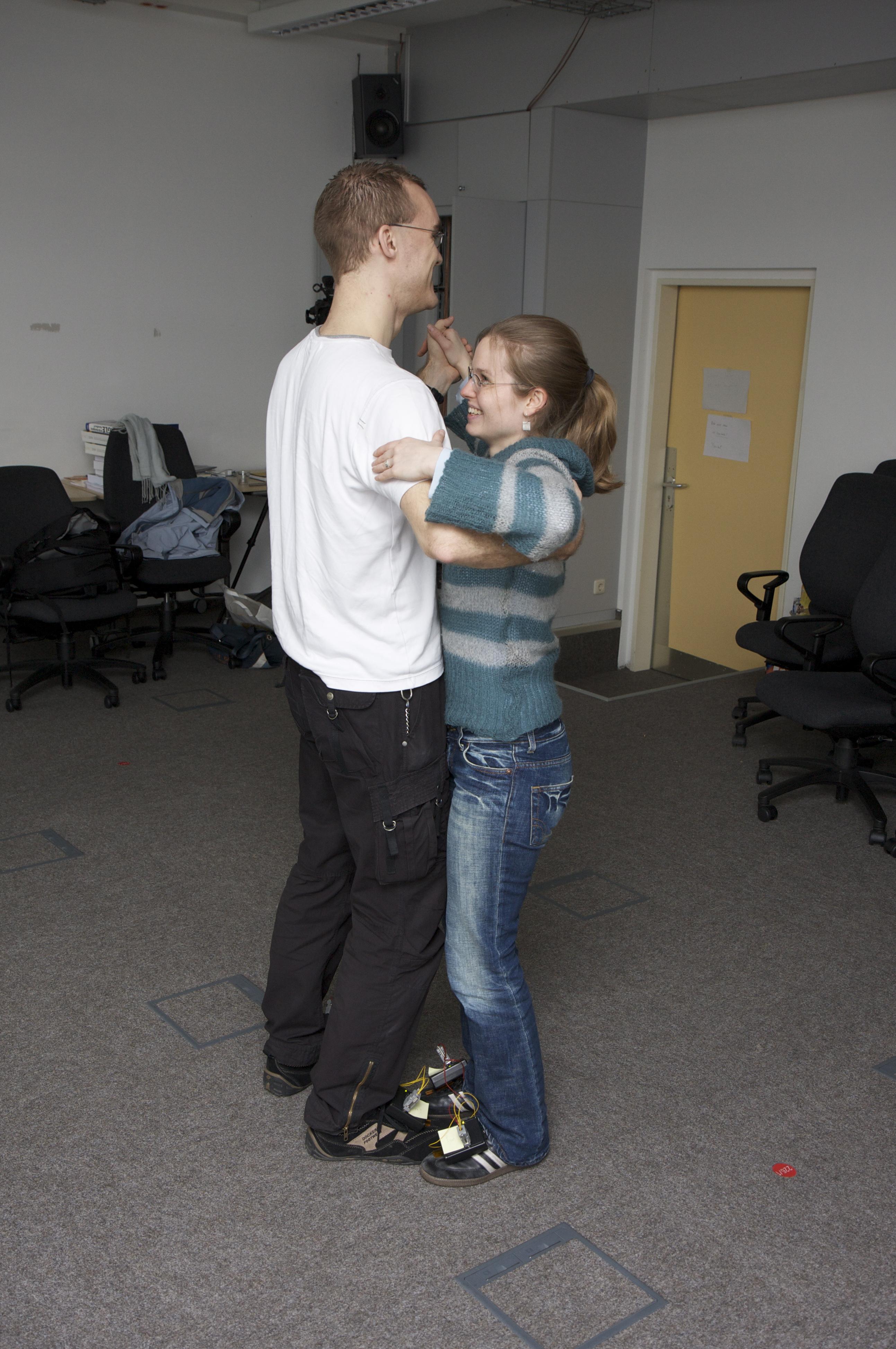 How does Saltate! work?

Saltate! uses pressure sensors which are mounted under balls and heels of the dancers to determine the timing of their steps.
These timings are compared to the timings of beats within the played music. In case Saltate detects errors or problems,
it supports dancers by emphasizing the music's beats.

We want to find out in how far different feedbacks influence the learning and performance of beginning dancers.

In an initial study, we found out that beginning dancers' system acceptance is high.
Subjectively, the extra beats helped our subjects to dance in step.

Due to the small number of couples that data was usable, we could not detect statistical significant differences between feedback and no-feedback condition.

We abandoned the hardware used in this initial work and stepped over to using a Vicon Motion Tracking System. This allows us to discriminate between different steps and therefore use feedback on more detailed movements.

If you have questions, proposals, or hints, contact Dieter.