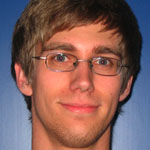 My bachelor thesis was supervised by Jonathan Diehl and Markus Jordans from P3 Group.

At least 25% of all accidents in the USA result from some kind of inattention of the driver (Stutts et al. 2001). Driver distraction is already heavily involved in traffic accidents and it will become even more important in the near future due to in-vehicle systems and devices, which are increasingly installed in cars. Analyzing driver distraction is a challenging task because driving itself is already a multitasking scenario and can not be explained by simplistic models. On the other hand, models with high complexity can hardly be used in the industry since development cycles have become rather short and need near-term predictions if an interface is useful or not.

In this thesis a general multitasking model for analysis is used and mapped to the specific area of driving. The 4-dimensional multiple resource model by Wickens uses different resources to describe tasks and has emerged as a well-accepted reference model. Potential conflicts in resource demands between tasks are identified and used to derive possible interferences. Furthermore another input modality, the haptic sense, is added to the model and the issue of having no red-line in task overload is addressed with the help of rescaling factors. This method is implemented via software.

The very complex problem of how to describe driving and secondary tasks is treated by differentiating them in atomar components and determining which resources are required in which quantity. This way it is possible to represent even complicated tasks as simple demand vectors for further calculations.

Althogh an empirical validation of this thesis remains to be done, the predictions of the model are in accord with familiar multitasking scenarios. In a workshop about task modeling five driving and five secondary tasks were created in cooperation. For all of them the model was able to calculate useful predictions.

The workshop also demonstrated the insufficient consideration of real-time requirements of secondary tasks. At this point the model could need further amendments.

Although confirmation by further studies is needed, the present results show that this approach could be a very helpful tool to support industry and interface designers and an important contribution to increased road safety.