"Tug O' Chores" is an entry to the UIST Student Innovation Competition 2014, which has been awarded 3rd place most creative, from 26 competing entries, by a group of esteemed judges including Patrick Baudisch and Andy Carle from Marvell Kinoma.

The project renamed Tug O' Chores : VDR "Vacuum Dance Revolution" focuses on utilizing the motion occurring during vacuum cleaning to play a rhythm based game, motivating people to clean in a gamified experience.

Heavy tweaking to the Kinoma device (the sponsored device for the competition) was applied to make it more mobile, responsive and durable during the heavy movement packed game.

Finally, a web application was build allowing players to compete and compare their results over the internet, also to stream their progress during playing, and people can "cheer" them off the web, and cheers are converted into a distinct vibration pattern on the vacuum cleaner handle.

Special thanks to Nur Al-huda Hamdan, Prof. Jan Borchers and all beta testers in the lab for their feedback! 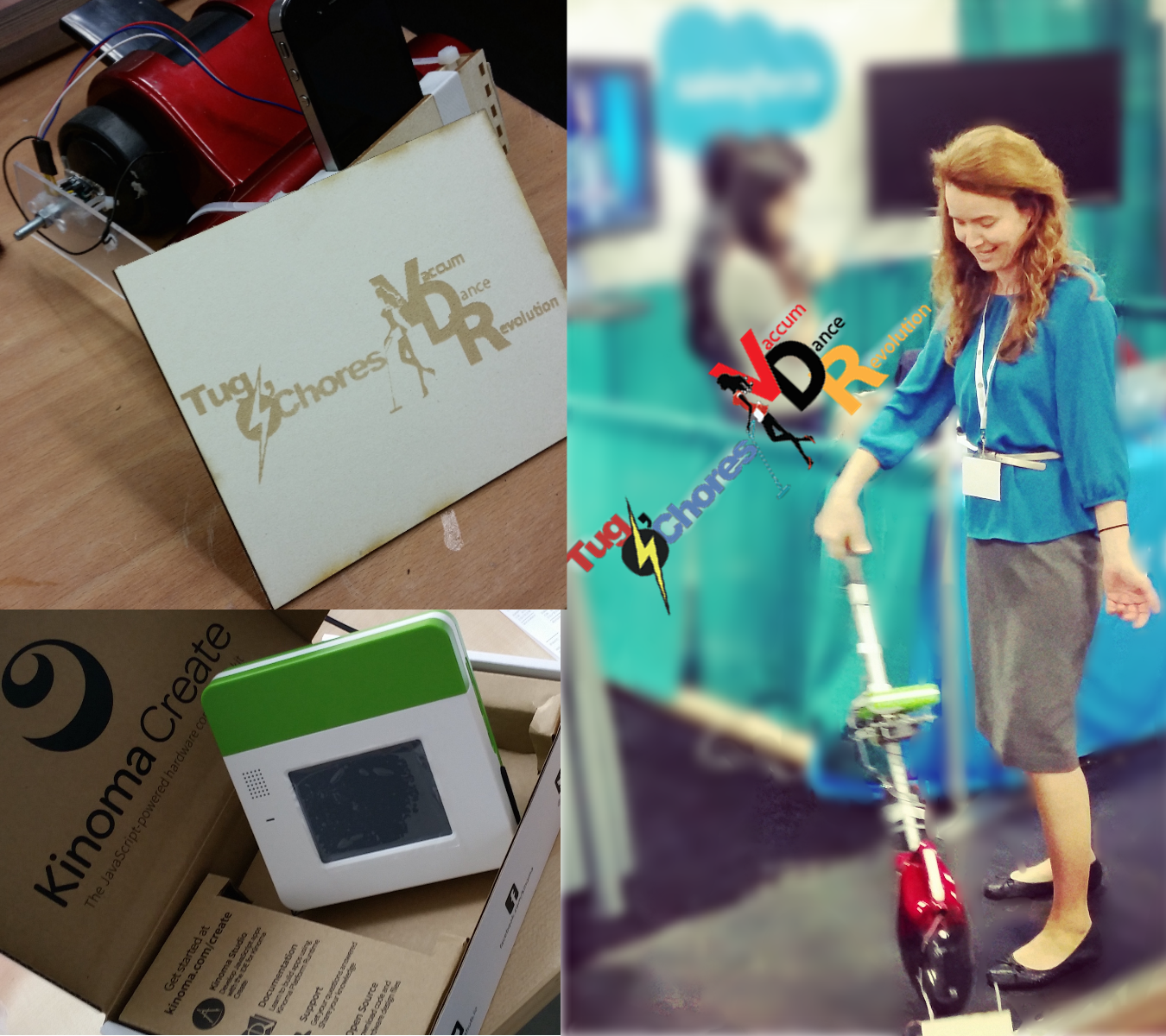 Various sensors are fitted on the vacuum cleaner, and enhancements were made to the Kinoma device. 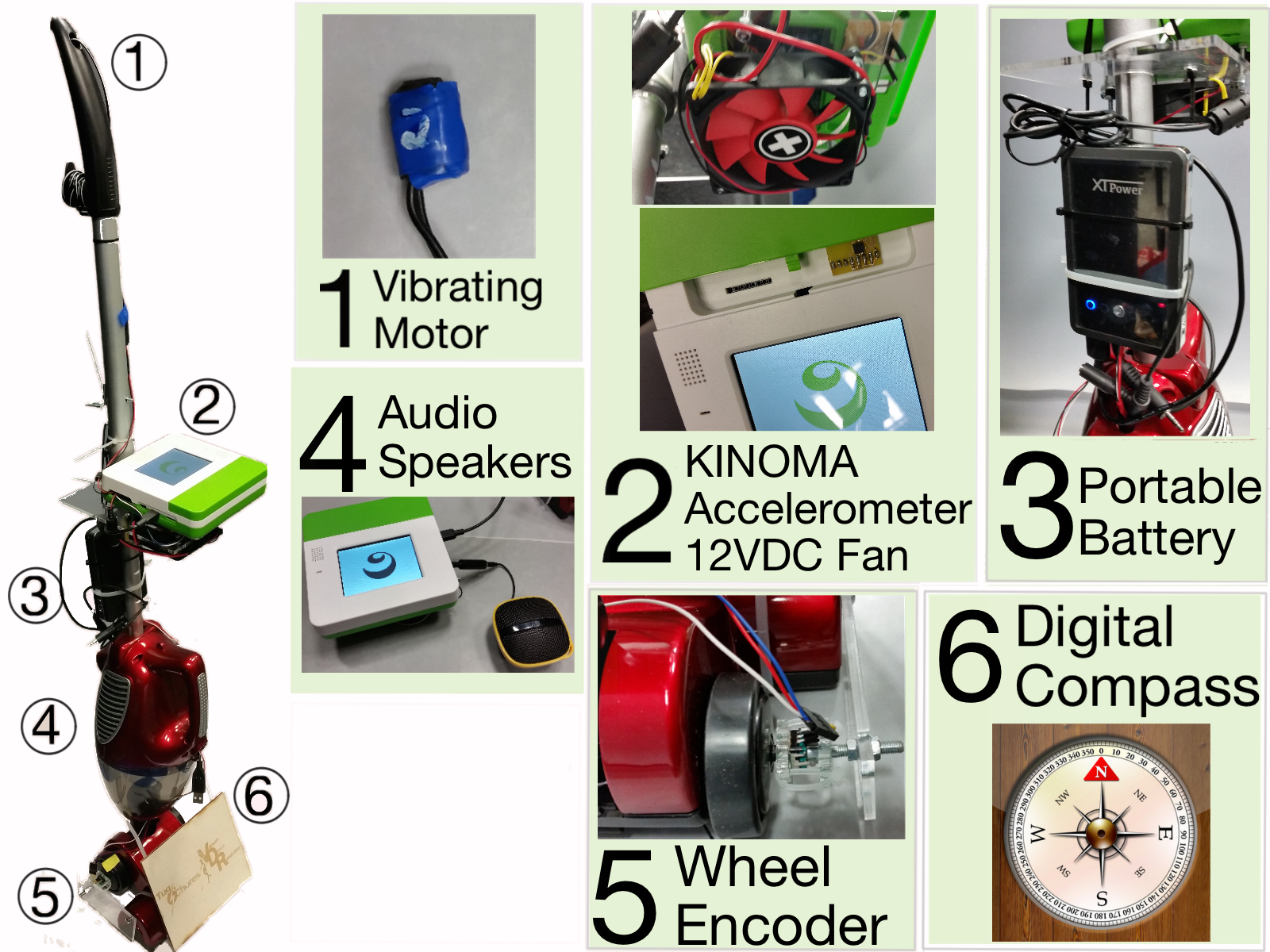 The programming language used is javascript, while the Kinoma Create has it's own SDK which is based on Node.JS. This allowed to develop an MVC software architecture for the UI and the sensors pulled data.

While the IPhone was used as a digital compass due to uncontrollable circumstances, other sensors can be used such as magnetometer or MPUs which combine accelerometers and magnetometers to compute orientation in 3D. Furthermore, there are many wireless enabled smaller and cheaper development kits to connect to the Kinoma and replace the IPhone for wireless sensor streaming. 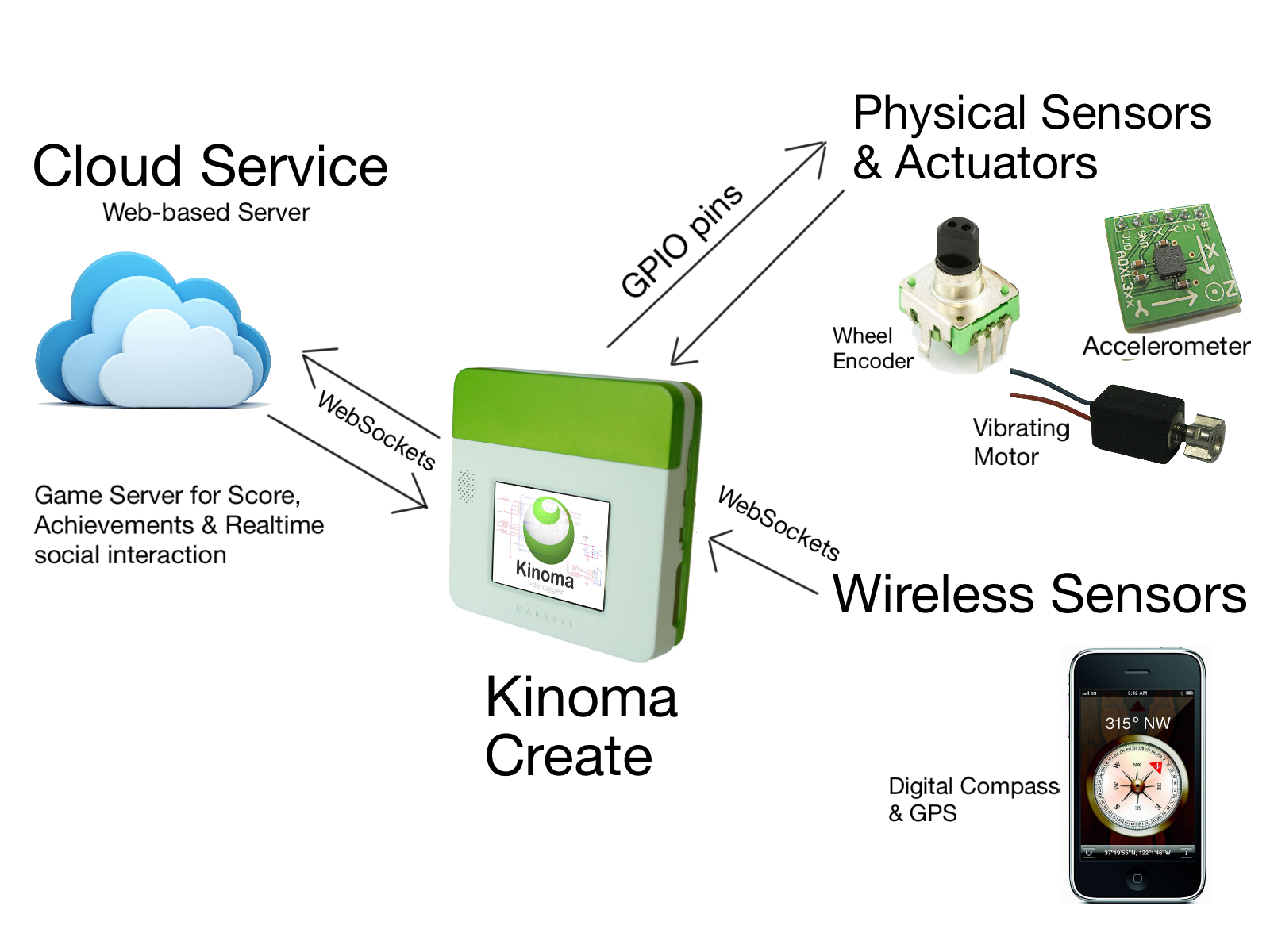 Vacuum Dance Revolution (VDR) is a physical rhythm game, which aims to use the concept of the fun theory to change people’s behavior and encourage people to clean in a gamified experience.

Players hear the music, and try to follow the dancing rhythm of the music. Similar to Dance Dance Revolution (DDR), this game requires physical strength and fitness to follow the music rhythm and score, while allowing the players to show their skills in public.

VDR does not need a TV to show the steps that the player need to take while playing the game. It was built for a small mobile screen interaction, such as the Kinoma or any other mobile device (Tablets, smartphones... etc.) which can be fitted on the handle of the vacuum cleaner and then connected to the vacuum cleaner sensors to start playing.

VDR is also connected to the cloud allowing the players to play online, showing their score, achievements and progress while a game is in session.

Furthermore, it extend the online social presence by allowing the players to get cheered on or liked from the online audience in their online social networks while they are playing. These likes or cheers are converted to haptic vibration on the handle of the vacuum cleaner.

These videos and photos were taken during the competition. 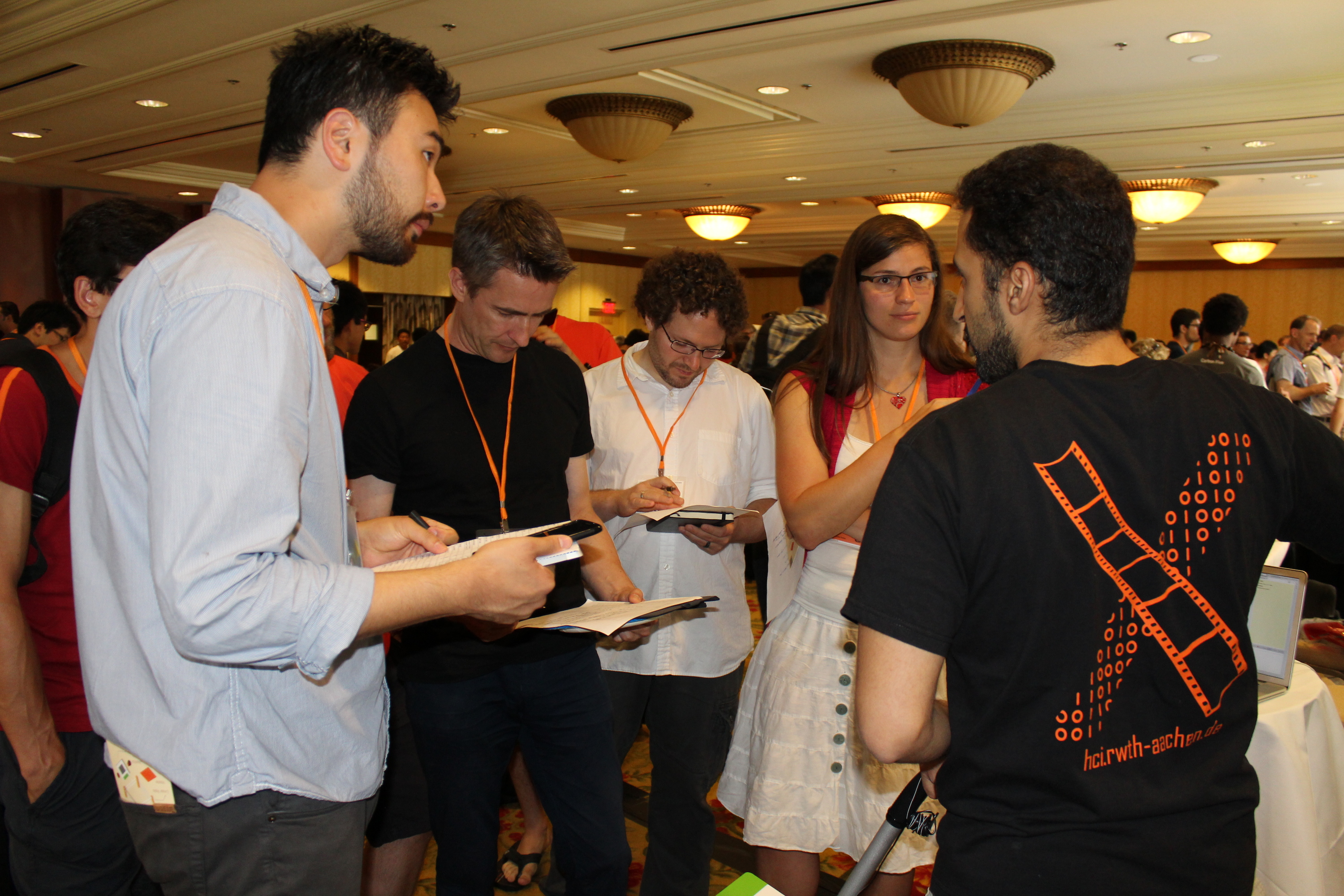 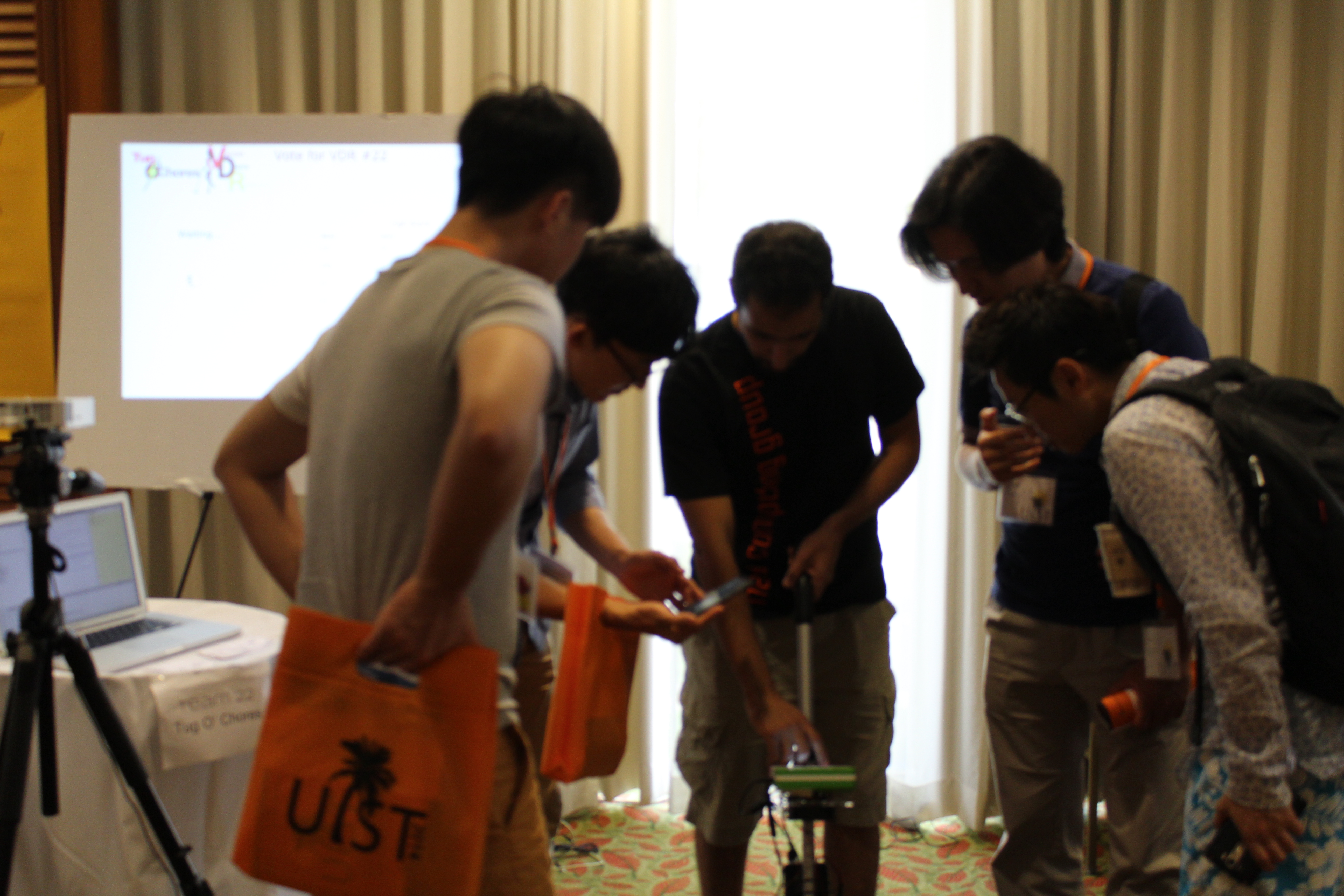 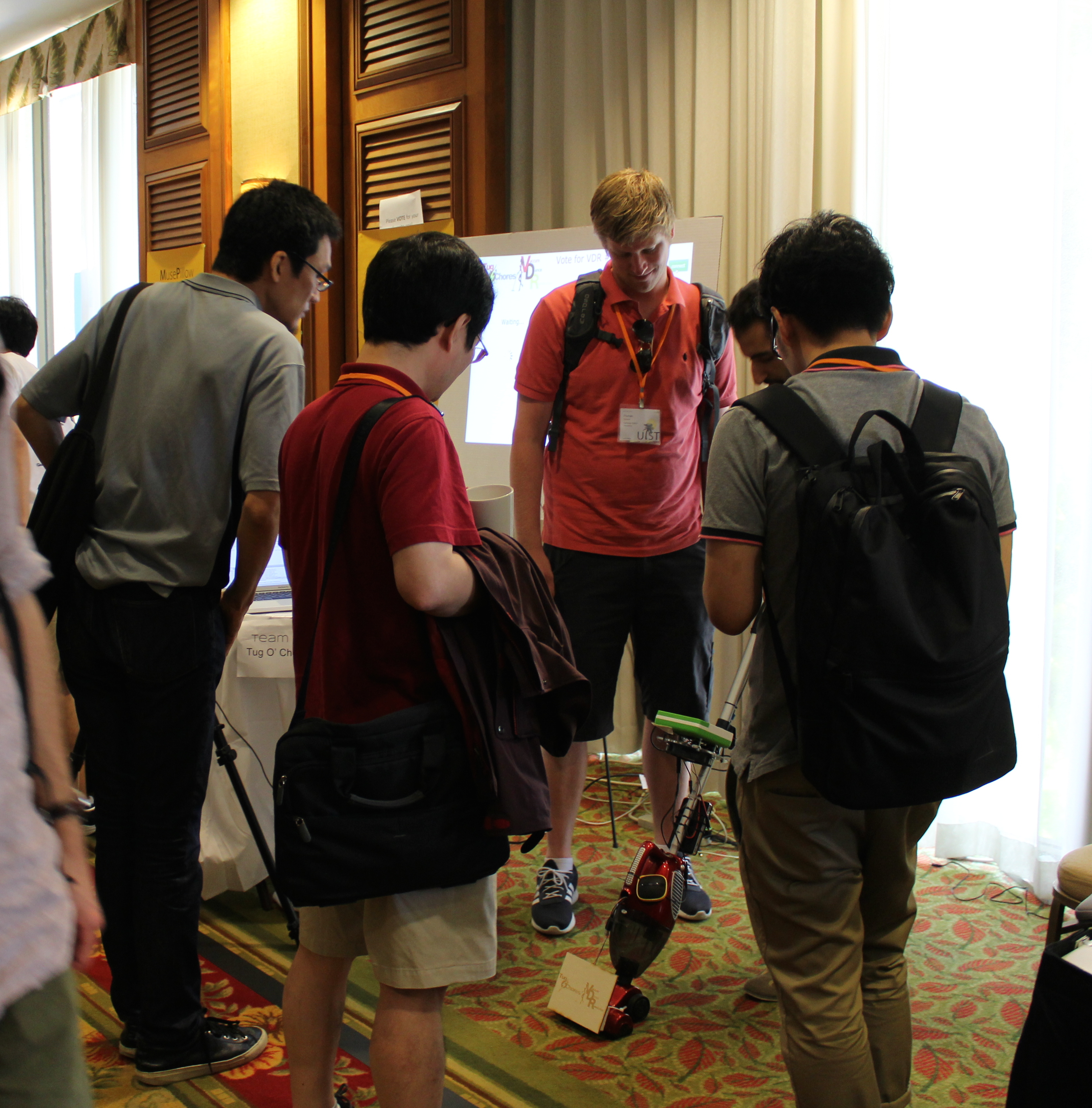 The Award Ceremony was held during the banquet at the Chief's Luau at Sea Life Park in Hawaii. VDR was awarded 3rd Most Creative. 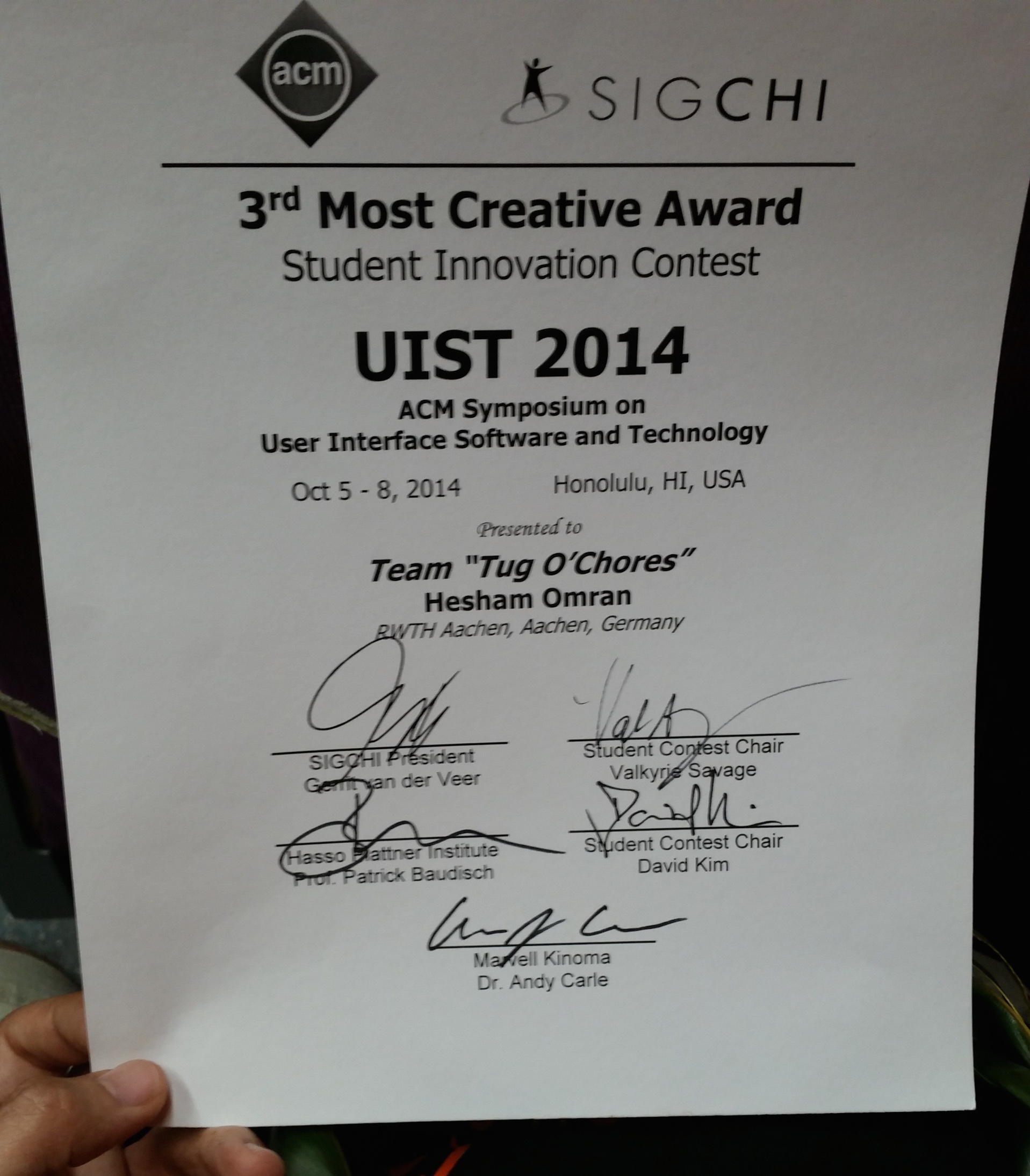 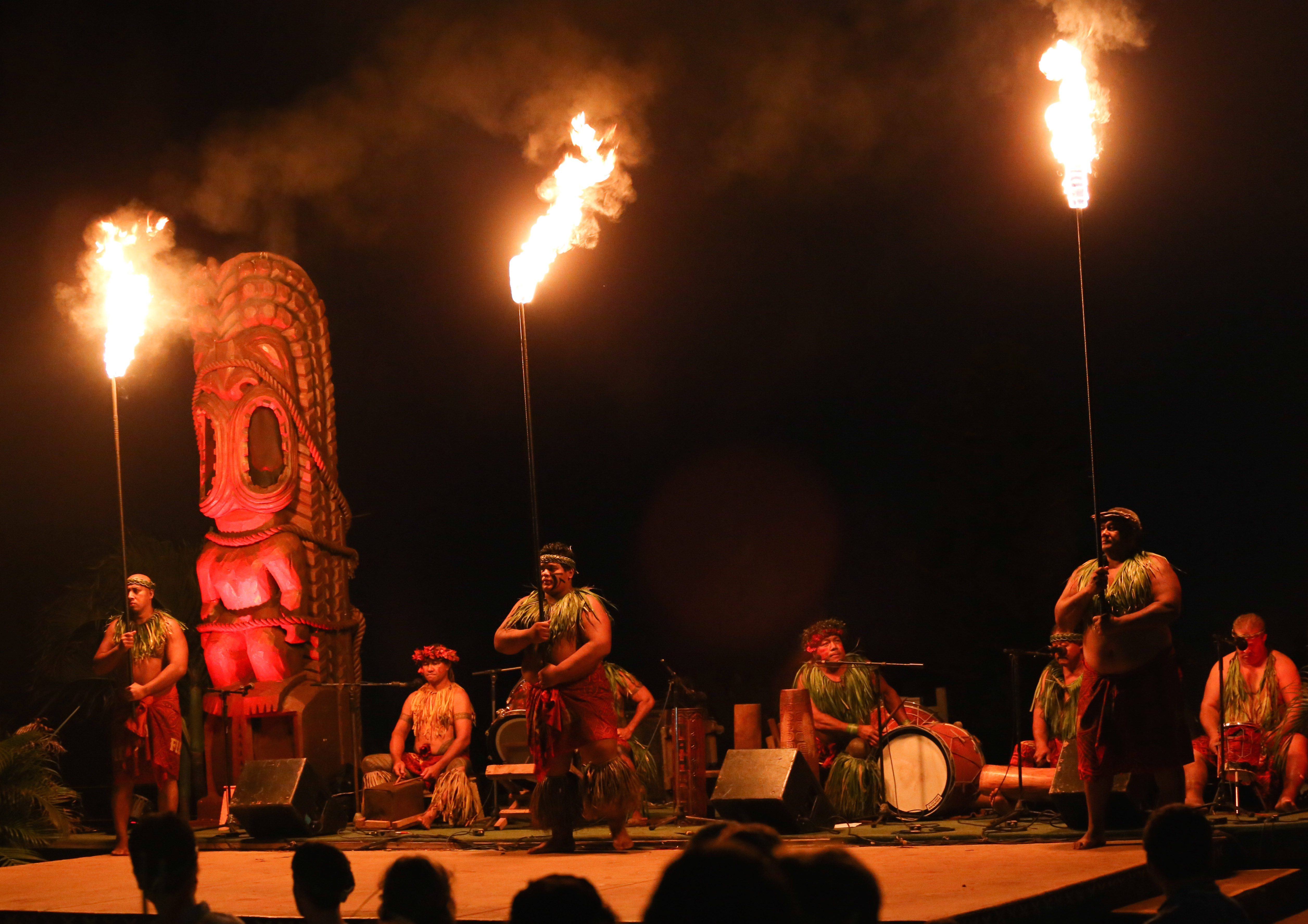 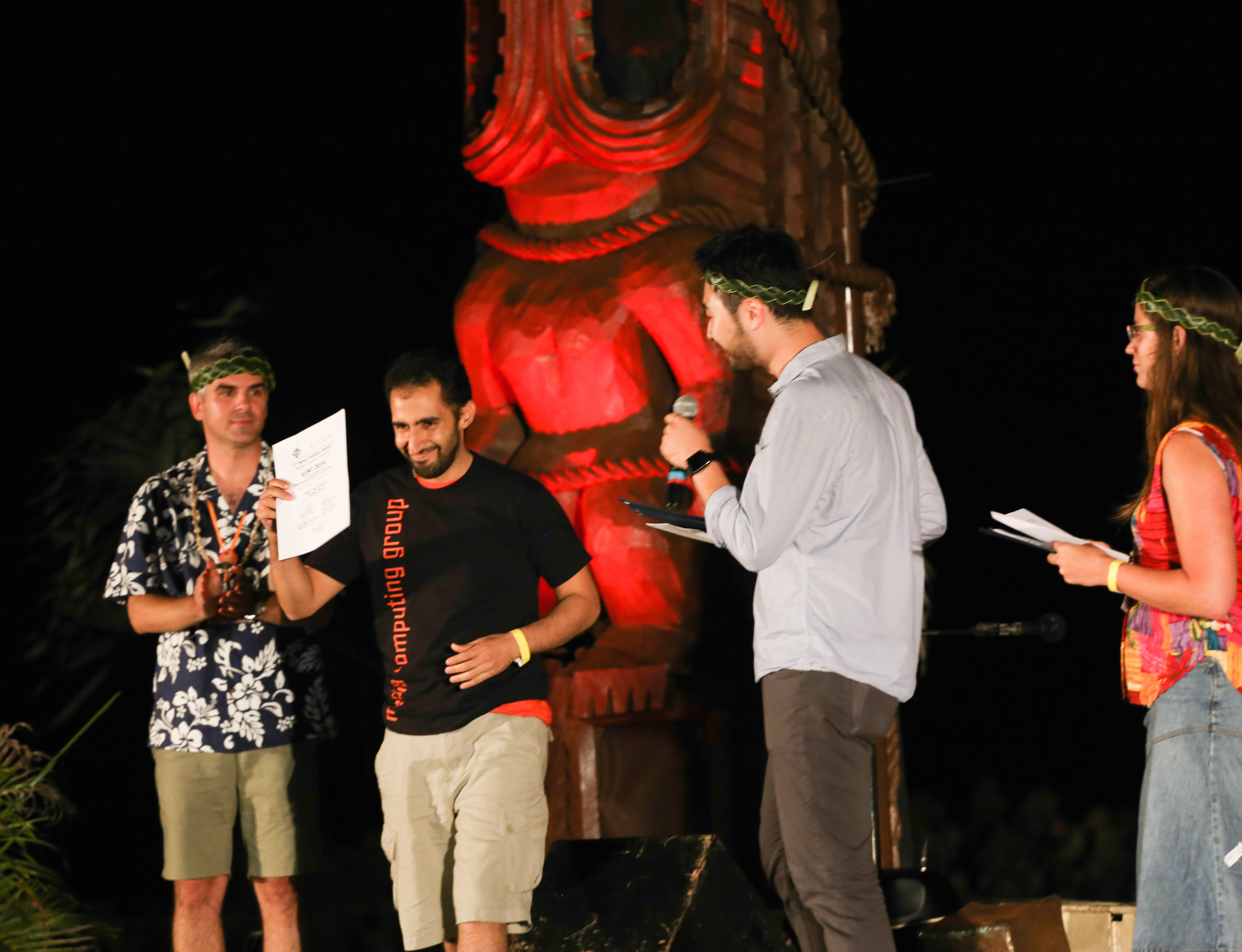 Passing by the Kinoma booth at IoTAConf in San Francisco, I brought along VDR to the booth, to show people examples of projects that can be made by the Kinoma Create. 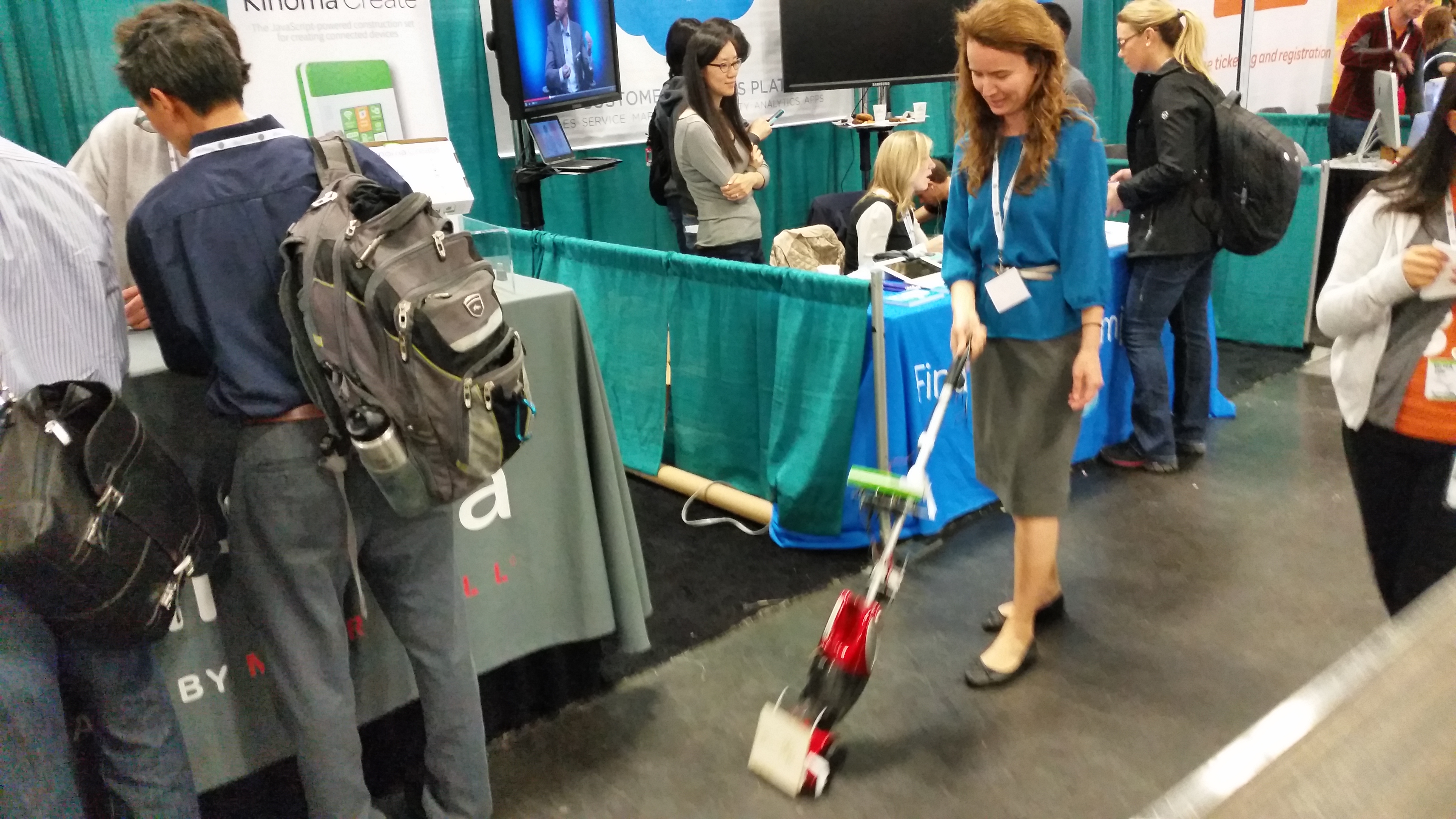 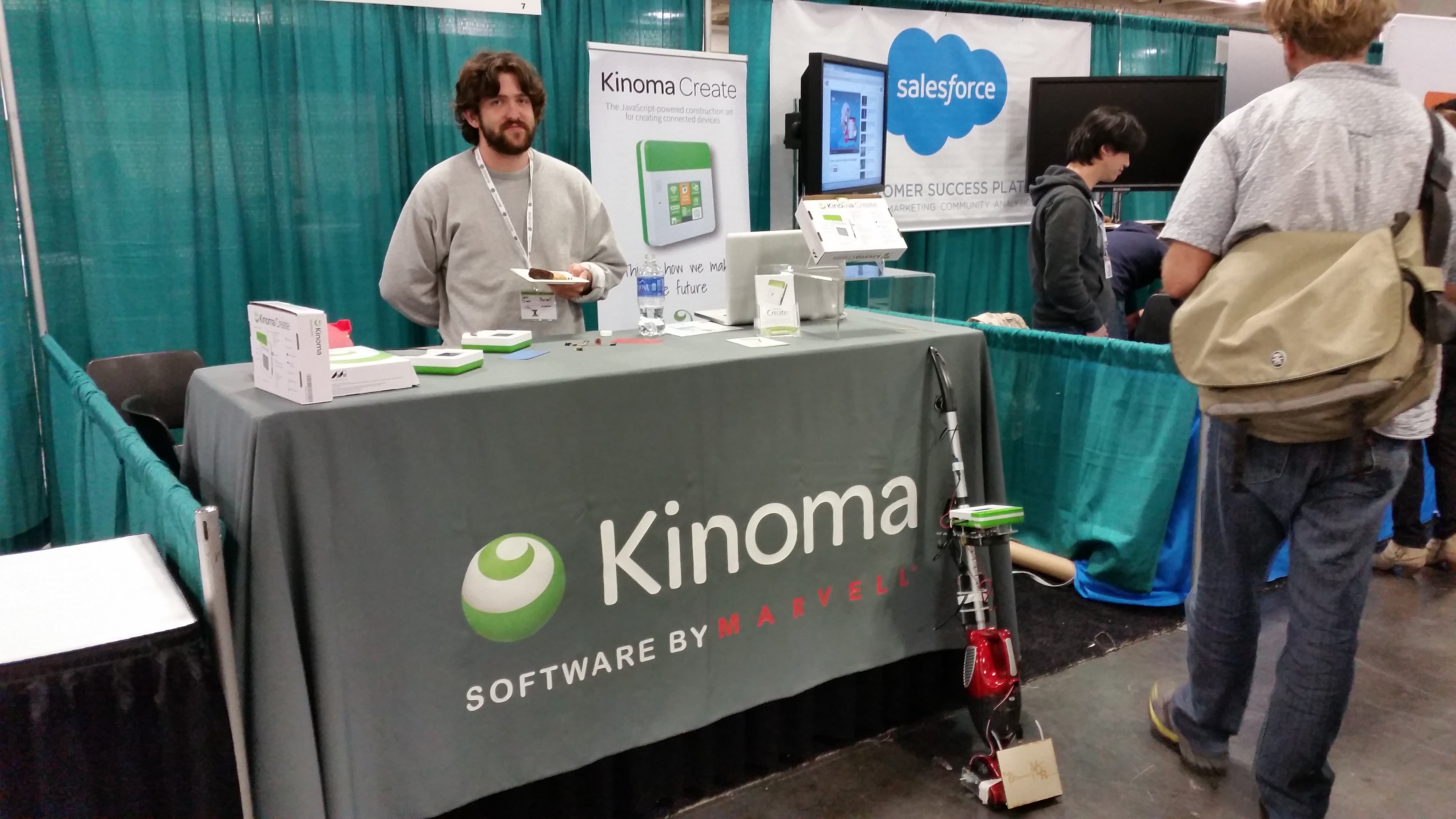