Multi-touch Pingus (a.k.a. 'Table Lemmings') is designed to break the barrier between realtime computer gaming and traditional board games.

Its octagonal table-top setup is specifically designed to encourage similar social interactions as known from a friendly round of parlour games. 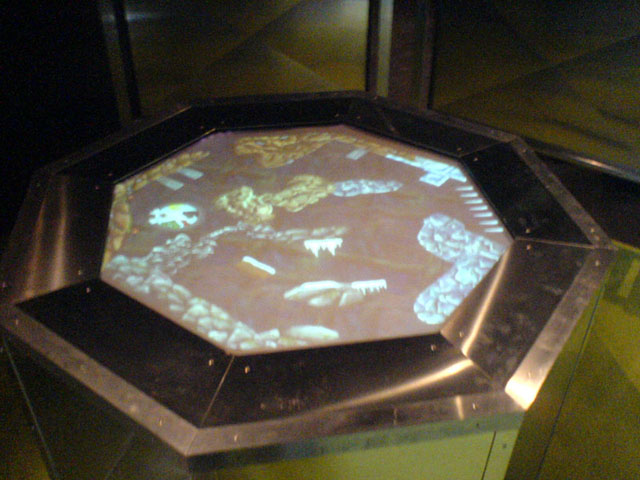 Goal of the game is to lead penguins through a simple obstacle course. Players can affect the game world by performing hand gestures on the table.

While most known board games are competitive and turn-taking in nature, the inclusion modern computer technology enables cooperative gameplay in a real-time scenario.

The enabling technology is called Frustrated Total Internal Reflection (FTIR), publicized by Jef Han in 2005. Unlike previous touch technology, it allows for multiple people to interact with the surface at the same time.