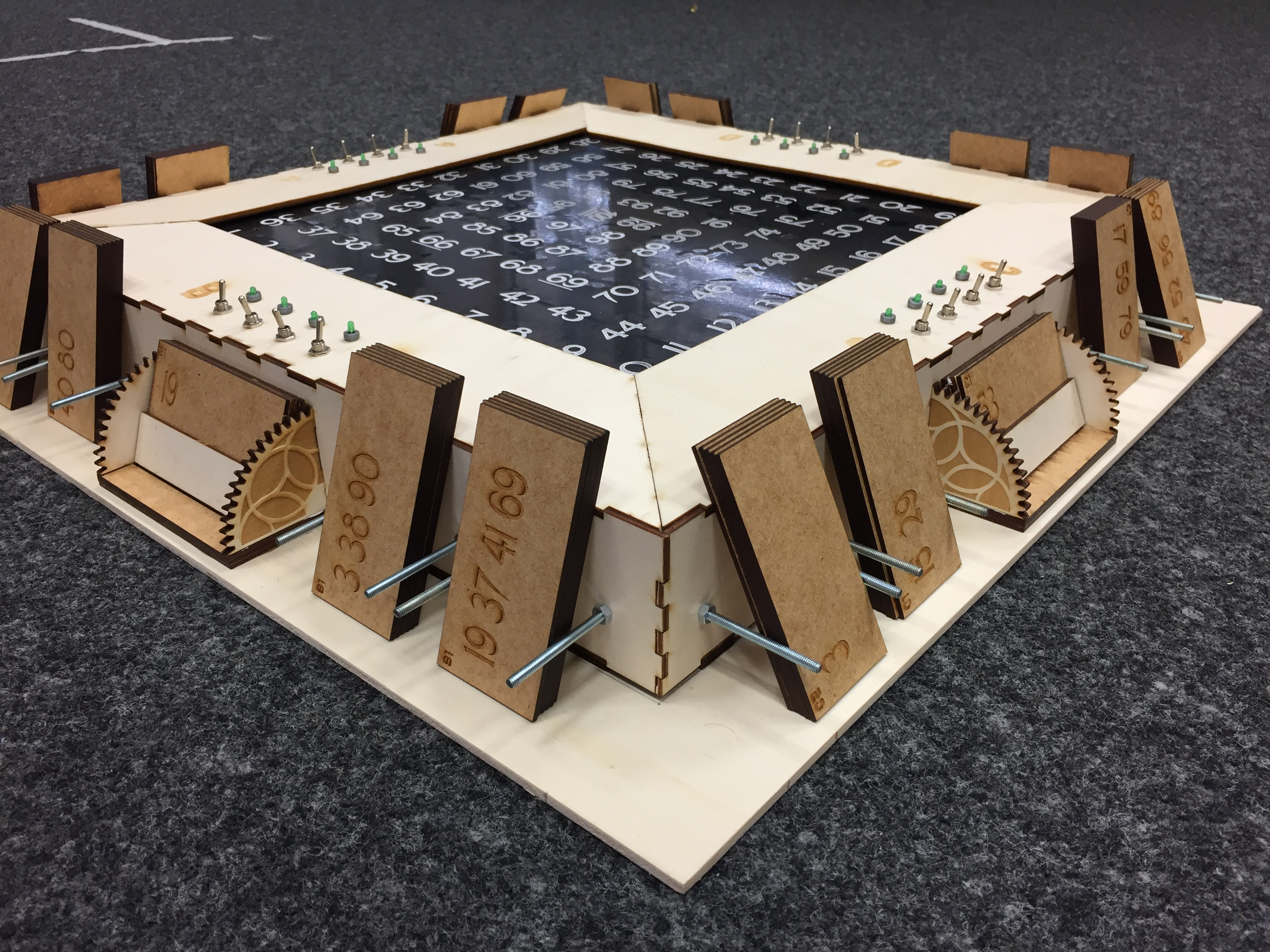 Hello and welcome to Numb3rs.

The premise of this game is, that from the beginning of the game on, you are not allowed to talk. If you don’t strictly follow this rule, you won’t be able to win the game.
The goal of this game is building a deep mind-connection between each member of your team. To achieve this and win the game, it is crucial that you synchronise your sense of time.
Your game works as follows:
Each one of you stands at one side of the table. In front of you, you now see 4 card decks. Each card has up to four numbers, each number between 1 and 100.
It is your aim, to play your numbers in the right order. But you have to do this, without knowing the numbers of your teammates. You can play your number by flicking the switch above it. If you play all your numbers in the right order, you win this round and get to the next one. In total, you must win four rounds. In the first round every player has one number, in the second every player has two numbers and so on. The LED’s behind your switches indicate in which round you are.
To be able to play your cards in the right order, you will need to get a sense for the time that you have to wait before playing your number. For example, if you have a relatively low number you won’t have to wait long before playing it. It you have a high number it would be smart to give your teammates some time to play their numbers as it is likely for them to have lower numbers than yourself.
If one of you makes a mistake and plays his number to early, every player must take out their card, and insert a new one from the same deck as before. After every round, the blinking number tells you how many numbers have to be on your new card.
It is important, that you flip your switches back to their initial position before you insert the new card. Once every player has inserted his card in the slot and the LED’s in the middle have counted down to zero, the game starts. Remember: from now on, there must be absolute silence!
When you are ready, you can start the game by inserting the first card of the most left deck into the slot in the middle.

PS: To start, you have to attach a battery to the cable coming out of the game.