The Karlspreis Interactive Exhibit ("Karlspreisstele") lets you discover the Charlemagne Prize ("Karlspreis"), its recipients, and the reasons for each award at four interactive wall displays in the historic Aachen City Hall where the annual award ceremony takes place.

The display on the first floor in the stairwell answers frequently asked questions about the Charlemagne Prize. On the next landing you will find the two main displays that let you explore all of the over 50 Charlemagne Prize laureates. Tap on one of the portrait photographs to see the biography, excerpts from the speech, the reasons for the award, or a video of the ceremony. Particularly informative is the word cloud above each portrait. It shows the results of an automatic analysis of the speech, highlighting words that appeared frequently in the speech (automatically excluding trivial words like "the" or "and"). This suggests the hot topics of each speech, and allows for interesting comparisons among laureates and their word clouds. The wheelchair-friendly and height-adjustable display on the ground floor combines the information about the Prize and its recipients.

The exhibit was originally deployed in 2008 and was on permanent public display for ten years. It was based on a Java application running on an Apple computer attached to a portrait-mode 32" touchscreen. In 2018, we completely redesigned the exhibit. It is now powered by a Raspberry Pi 3 B+ single-board computer and a combination of a 32" display with a capacitive touch layer on top. The software is based on HTML 5 and CSS 3 for laying out the portraits, texts, and buttons. We use JavaScript to respond to the user's touch input. The word clouds are based on histograms of the words appearing in a given speech. The are laid out using a randomised approach. Starting from a center textblock, other textblocks are randomly attached to its borders while preventing overlaps. This makes them look compact, but not boring.

We deployed four exhibits in the Aachen town hall that can be visited during the regular opening hours. 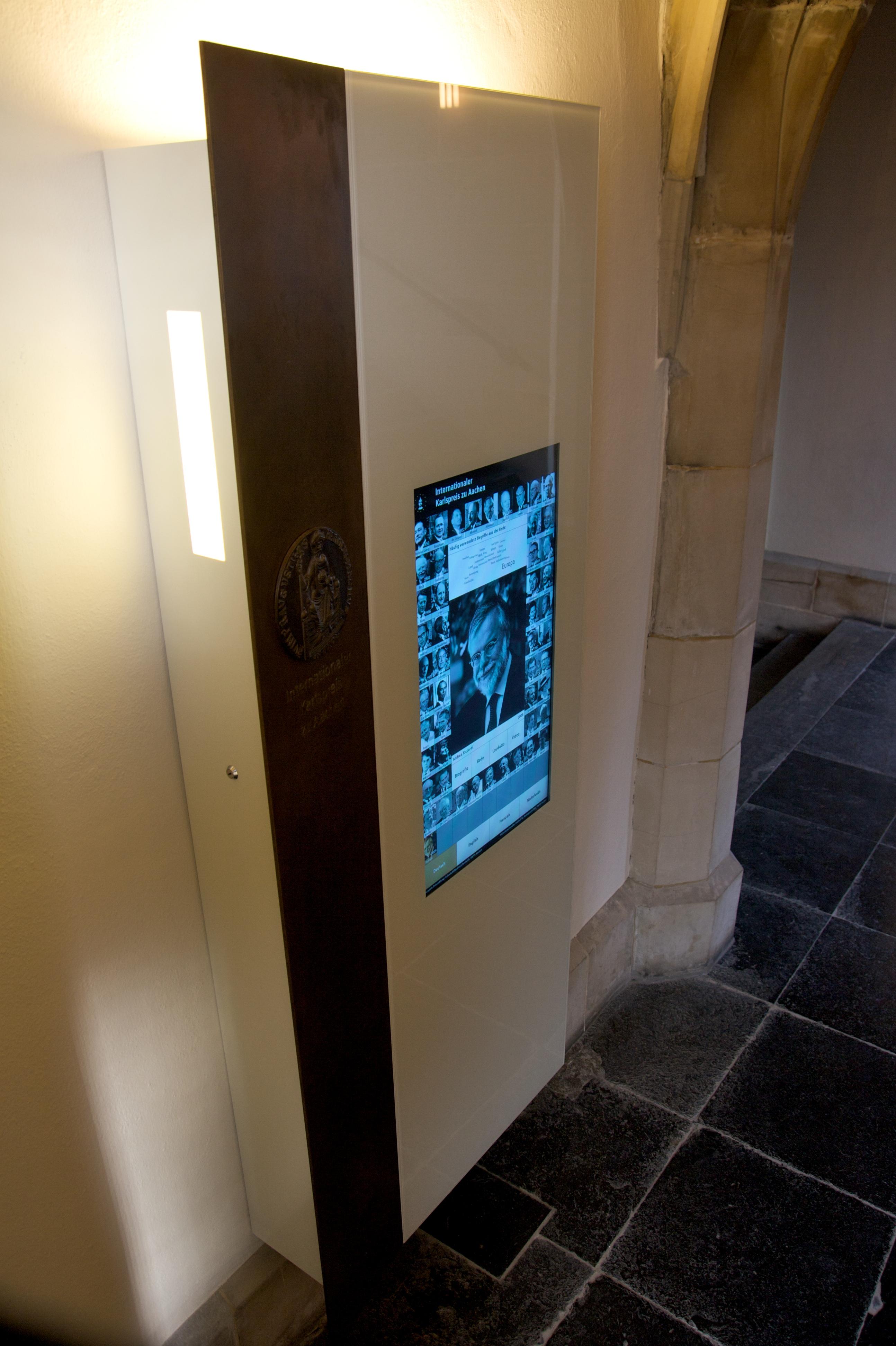